Engaging The Doers: A Menu For Employee Engagement 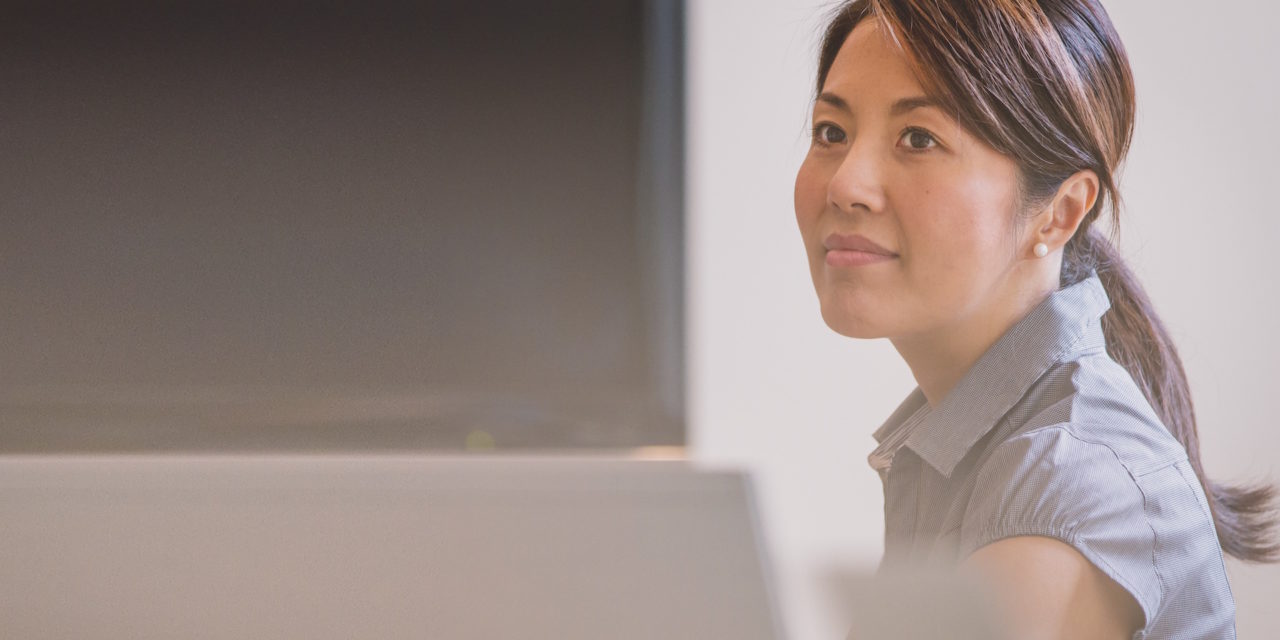 Note: the following is an excerpt from an upcoming book titled “OBM Applied!” written by Manuel “Manny” Rodriguez, Dan Sundberg, and Shannon Biagi.

As eloquently stated by Peter Block in his book Flawless Consulting (2011), “the art of bringing people together is termed engagement.”    For the OBM practitioner, engagement means getting people involved behaving in a way that will actively and sustainably support the success of desired behavior and business results.  Without the consideration for employee engagement, any performance improvement plan could become a “plug and play” project or what Block (2011) calls an “installation-style implementation.” In an installation-style implementation you may have a good foundation for a project in which leaders articulate a vision, set standards for what is expected, put rewards on the new behavior, train in new skills and measure change (Block, 2011). However, one critical element is still missing – a method for implementing the project that will support active participation and engagement on the part of the managers as well as the “doers” of the project. Without a plan to specifically reinforce participation and engagement an OBM practitioner runs the risk of focusing on coercion, negative results, and control focus versus positive change focus.

Reviews of OBM literature in regards to engagement suggest engagement is not clearly defined, even though it is common with some popular mainstream literature.   From a behavior analytic perspective, Ludwig and Frazier (2012) explain how employee engagement, as it is typically described, “may be simply a matter of managing contingencies through the behavioral systems that include operational and managerial processes.” Before the OBM practitioner can support an organization’s interest in employee engagement, or further ensure employee engagement is part of the overall implementation effort of an OBM project, it is important to have a pinpointed definition of engagement.

Ludwig and Frazier (2012) evaluated the terminology and use of employee engagement, declaring it is “not a well-defined construct, as many authors define it differently.”  Engagement has been described as made up of different psychological states such as involvement, attachment, mood, job satisfaction, and organizational commitment. The challenge with focusing on psychological states is the lack of clarity on whether these psychological states lead to engagement, if engagement leads to these states, or if these states all co-vary with another variable altogether. Variables that lead to engagement are numerous such as challenging work, autonomy over decisions, and career advancement opportunities. As Ludwig and Frazier (2012) describe, “the variables associated with engagement above are not uncommon” to (OBM). Further, Ludwig and Frazier adopt the notion of engagement as simply being “a non-specific non-scientific term used to describe the amount of positive reinforcement available in a workplace for value-added behavior.”

Based on Ludwig and Frazier, a definition of engagement can be “value-added behavior that is reinforced.” In relation to OBM practitioners work to improve employee engagement, it can be stated that OBM practitioners work to improve “behavior without being concerned with or attempting to change psychological traits, states, or other covert phenomena.” It is important for the OBM practitioner to define what engagement “looks like” for each organization, specifically with regards to the OBM project they are facilitating.  Ludwig and Frazier (2012) provide a menu of sorts for how OBM practitioners have and can approach the subject matter of employee engagement by focusing on five targeted areas throughout their practice: Reinforcement, Adequate Resources, Management Behaviors, Autonomy, and Experimental Causality.

Reinforcement. In 1974, B.F. Skinner noted that positive results from behavior can create positive psychological states such as happiness. Aubrey Daniels (2009) described positive reinforcement as the most efficient way to make behavior effective and create the kind of organizational culture related to and credited to engagement. Geller (2003) recommended non-contingent rewards over positive reinforcement to recognize individuals and groups with financial or social outcomes as such rewards can have a profound effect on a positive work environment. Geller further suggested rewards create pleasant personal states as a consequence of receiving them. With this view, an OBM Practitioner can focus on creating engagement by identifying ways to add more reinforcement to the environment, both specifically for engagement behaviors, and non- specifically to pair the organization with reinforcement.

Adequate Resources. OBM takes the position that “availability of resources serves as an antecedent to promote behaviors and to ensure that behaviors are maintained with the proper reinforcers” (Ludwig & Frazier, 2003). Ludwig and Frazier summarize an example where a manager complained that workers were not performing clean up duties in an industrial plant. After an assessment was conducted, it was determined that workers did not have the right tools conveniently located in proximity to their clean-up activities. By providing those resources (i.e., step ladders and work sinks), the clean-up activities increased. By providing employees with the right resources, employee engagement is all but a sure thing.

Management Behaviors. Management behaviors that create “engaged employees” can be explained from an OBM perspective, applied through OBM solutions such as those described in Chapter 4 (i.e., task clarification, goal setting). A related issue to management behaviors is consistency. Most organizations have ambiguities in their managerial processes, and as Ludwig and Frazier (2012) describe, “when these ambiguities are exposed and corrected, behaviors are better specified and reinforced, leading perhaps to the conditions attributed to engagement.” A final management behavior that may be related to the conditions of engagement is performance feedback. Feedback will be described further in this chapter to address how to use feedback to engage the doers.

Autonomy. This aspect of engagement is argued to be related to a “positive” culture. There are very few examples of this relationship in the OBM literature, however one concept that is written about by Aubrey Daniels (2009) and others (Braksick, 2007) is the concept of “Discretionary Effort,” where employees go beyond and engage in other behaviors that are desirable to the organization or community. OBM research has shown that when given the opportunity to set their own goals (i.e., implicit rules), employees generalize desirable behaviors beyond the original targeted behaviors specified in the goals, what is referred to as “response generalization.” This is much more likely to occur when employees view response generalization as an opportunity to add more reinforcement to their work lives. When managers change the job design to allow for more autonomy, they may find employees engaging in behaviors beyond the original “targeted” ones.

Experimental Causality. It is easy for organizations to gather data from their employees through the use of surveys. What is much more challenging is for those organizations to determine the causality of behavior change and to truly show causality with the survey data compared to human behavior. As Ludwig and Frazier (2012) describe, behavior change in OBM studies is demonstrated with robust repeated measures and experimental designs, providing data to determine or infer substantial causal relationships. This means that an OBM Practitioner should be cautious about relying on survey data alone as a measure of engagement, and should look for ways to generate experimental evidence of causality.

Daniels, A. (2009). Oops! 13 management practices that waste time and money (and what to do instead). Atlanta, GA: Performance Management. 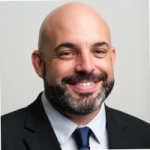 Manny Rodriguez, M.S. has over ten years of experience, working with organizations across the globe within the Fortune 1000. He is an accomplished practitioner in the field of Behavior Analysis, highly regarded by his customers and colleagues alike. Manny is especially skilled at facilitating business teams to execute strategic plans and preparing leaders to engage employees to reach their maximum potential. Manny holds the position of Director of Continuing Education and Product Development for ABA Technologies, a pioneer in the online professional development of behavior analysts, and is also the President of the Organizational Behavior Management Network. Manny Rodriguez and ABA Technologies, Inc provides products and services for Behavior Analysts and the general public. Online Professional Development in ABA, Coaching/Mentoring Behavior Analysts, Speaking engagements such as Workshops/Seminars/Webinars, and Expert Consulting in ABA, OBM, Instructional Design, and Teaching Behavior Analysis. 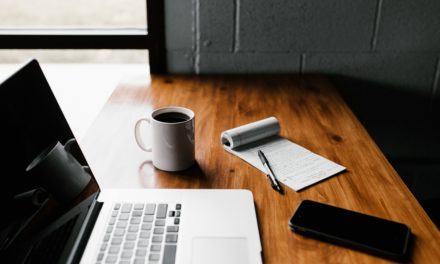 ABA and the Autism Community 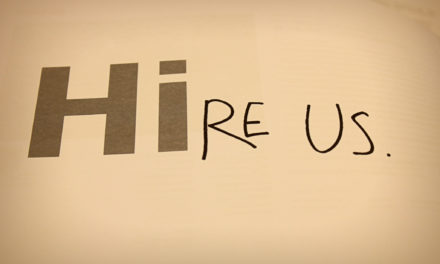 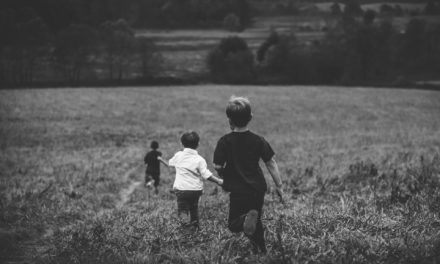 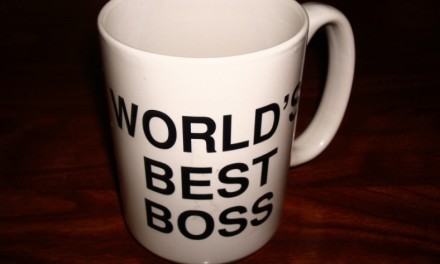