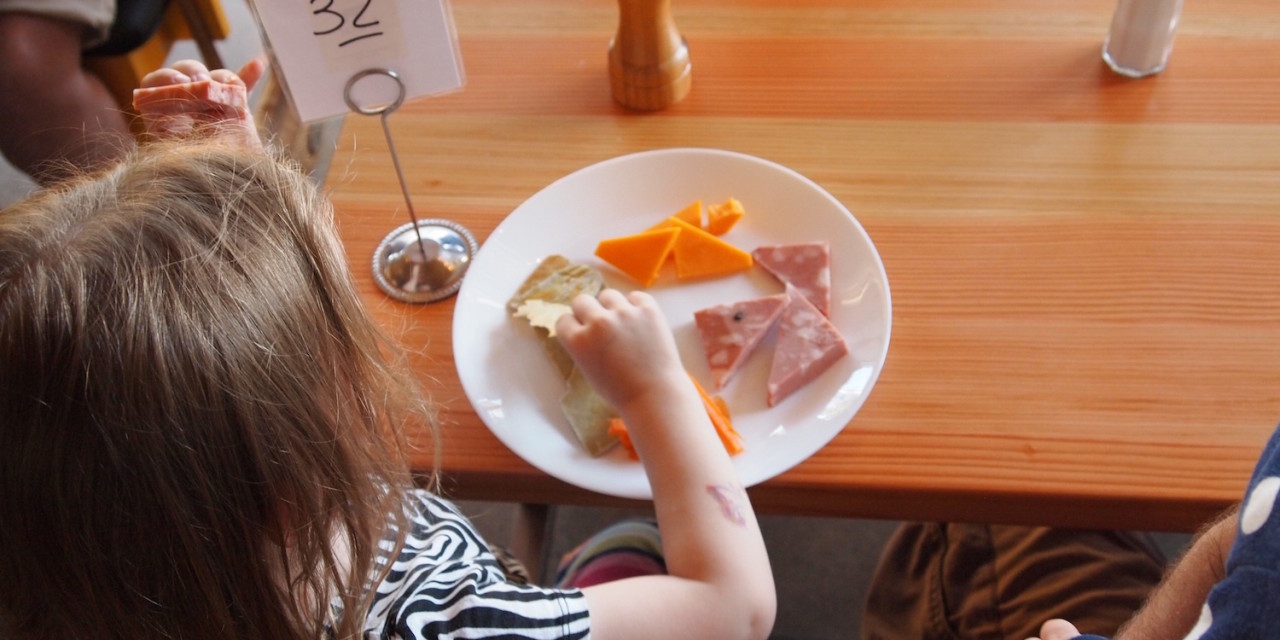 Picky Eating is the common term for what Picky Eaters do. These children are hard to please and to feed in general, but they rarely end up starving themselves. Patterns of “over-selecting” food are common among children with developmental disorders, but they are also common among all children. Estimates vary widely among studies, but in a recent report, the estimate was about one-fifth of all children. Choose foods that have graded textures and that are close to the textures of the foods he or she already likes.Children with developmental complications often have real issues with the sensory textures and flavors of food or they have had trouble chewing or swallowing and unpleasant experiences with food, therefore, they tend to be less flexible when it comes to things in general, and less flexible than most when it comes to food.

Picky Eaters can eat a lot. What they constrict mainly are the types of food they’ll eat or the conditions under which they will eat. The most common type is the kind that prefers the “all brown” diet, as one father put it, and that consists of fried, starchy, sweet, and salty foods that have great appeal for children. 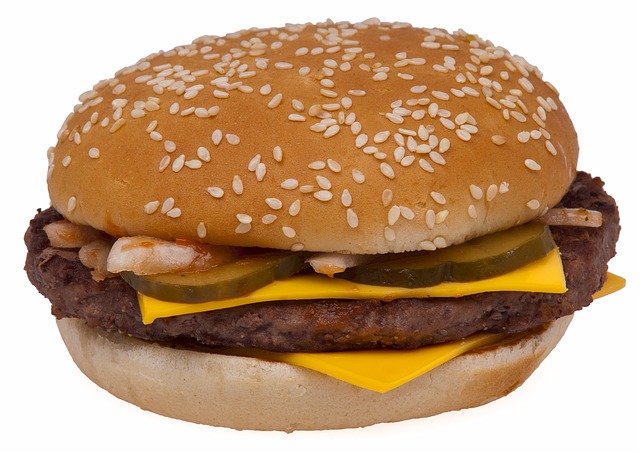 There is of course, some variation among picky eaters, but they tend to like the menu above. Now think of every fast food restaurant that caters to children and what is on their menu. They all tend to behave in the same ways when it comes to food. Picky Eaters won’t eat many of the foods the rest of your family likes and eats all the time. They can find some foods so disgusting that they actually gag when they smell it.  Picky eating can come along with other rigid rules imposed on food: foods cannot touch each other; some foods can only be eaten from certain plates or cups or from certain places (only McDonald’s French fries), and so on.  There is no doubt a psychological component to this.

WHY ARE CHILDREN PICKY EATERS

Picky eating is actually a useful survival strategy that kept us alive since we were all hunter-gatherers. For many thousands of years, we traveled in small tribes from one new place to another. If we ate every plant along the way – we wouldn’t be here. Children that were too adventurous (not picky enough), would poison themselves on any of those many plants that were trying to kill us. Their genes never made it this far.

Just as important as the parent, especially the mother. The mother that could be nonchalant about her child not eating probably didn’t have many offspring that made it either. The genes of mothers unmoved by their child’s refusal to eat tend not to survive generations. Most mothers report that they are anxious about their children’s picky eating habits. Indeed, changes in mothers’ brains following bonding with their children make them acutely sensitive to signs that a child is not eating. As a result, mothers can experience feelings that fathers and other people may not understand, but that matters a lot if a change plan is to work.

We can see here that there was motivation to at least be conservative about food, if not downright picky. Therefore, picky eating is likely in children – not unlikely. William G. Wilkoff, M.D. called this natural conservatism “neophobia,” referring to children’s natural distrust of new foods: “Picky eating is a behavior that almost every small child will exhibit some time before he turns six… In most cases picky eating will begin around age one… There are many children who will eat well most of the time and then, often inexplicably, will become very choosy for a few weeks or months…picky eating is a very common behavior among small children.” He goes on to add, “Children are by nature wary of new things, including food. This ‘neophobia’ usually diminishes with age, but some adults continue to be unadventurous eaters…”

WHAT CAN YOU DO ABOUT PICKY EATING?

The key to success is to understand that the problem is mainly a fear of new foods or new food experiences. Therefore, what we do to help picky eaters become more flexible and to try new things tends to be similar, even though picky eaters can be that way for different reasons.

There are several key elements to the plan: 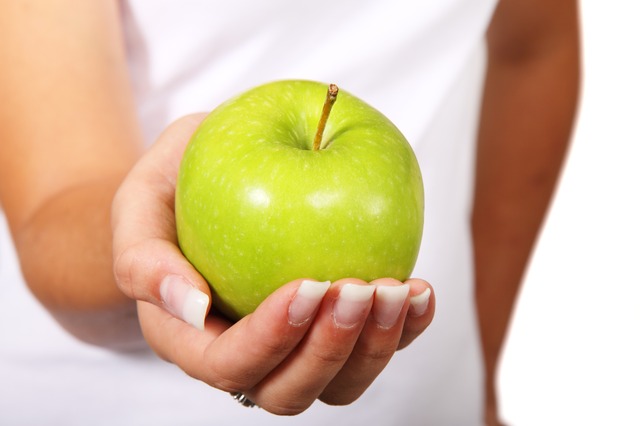 The main goals of such a program are to:

Get reassurance first: Parents can and should address any doubts about the program with their pediatrician or someone else they trust, because some children may refuse to eat for a while. Apart from a few, very rare psychiatric conditions, children will not starve themselves for too long. However, many parents experience stress and anxiety when their child does not eat. Even though they know that allowing in-between meal cheating or preparing a separate menu altogether (“running another restaurant”) will set them back, worried parents’ fears can sabotage the consistency of the program. This why we recommend that parents that want extra assurance that this is not harmful to consult their pediatrician and inform the doctor of this program. Dietary supplements such as vitamin and mineral pills and/or liquid meal replacements will not defeat or interfere with the program or expected outcomes here. Finally, if you anticipate a lot of stress over the changes you plan to make, you might want to pick a time to do it when school or other pressures are at a minimum.

RULES AND STEPS OF THE PROGRAM

SOME VARIATIONS/ADAPTATIONS FOR INDIVIDUAL DIFFERENCES

David Sponder is a Licensed Education Psychologist who has been working with Individuals with Special Needs for over 30 years. In addition to the L.E.P., David holds a Master’s Degree in Special Education and Teacher Specialist Credential for Children with Severe Handicapping Conditions. His specialty is working with children with developmental, emotional, psychiatric and behavioral issues. He is the only person in the world who obtained certification in the three major approaches to working with Autism Spectrum disorders: ABA, Relationship Development Intervention (RDI) and Developmental, Individualized, Relationship-Based (DIR/Floortime) methods. 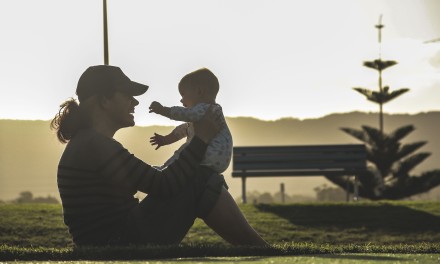 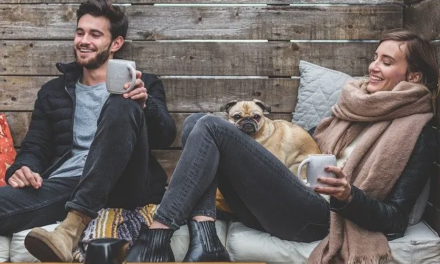 Learning Not To Forget Yourself As A Parent 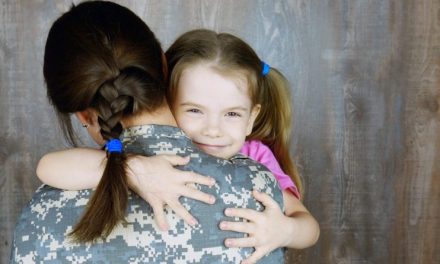 From Autism Awareness to Understanding and Acceptance 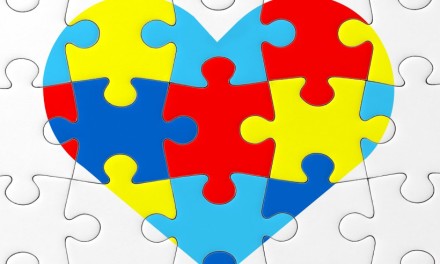